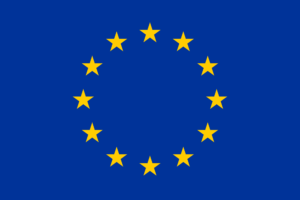 Like many friends and colleagues I awoke on Friday feeling alienated in my own country.   I appreciate those who voted leave saying that for them this is the feeling that has built up over many years, but the intensity with which such a feeling was brought upon was devastating.

I don’t think those that voted to leave are all idiots or racists.  However, I do believe many have voted naively, taking great risks with our future, the stability of our society, and the dreams, aspirations and opportunities of a generation, whilst handing a mandate to xenophobia, for, at best, a gain in their conceptualisation of sovereignty.

The distribution of votes regionally, and across age groups, is divisive and dangerous to the unions that have been built over decades.  It alienates regions of the UK, and generations who will out live many in the majority who voted for this outcome.

We cannot change that now, but we can change the future, and its direction.  We now live in a highly disrupted political environment.  It’s unpredictable, but disruption brings opportunity.  We must move on.  We must look forward to what happens next and take the opportunity by engaging in reforming our politics for the better.  We cannot ignore the referendum result.  The EU cannot ignore the result.  It is not legally binding, it is advisory, but it must be respected, the people have cast their vote.

However, the referendum is certainly not a guarantee that we will leave the EU, and it will not be un-democratic to ultimately, with time, remain a member of the EU.  Many were undecided up until the last moment, and the majority for Vote Leave was small.  The longer uncertainty continues, and the greater the disruption, the more likely it is we will remain a member of the EU.  Here’s why:

The Vote Leave campaign was fought on taking back control.  These are some of the biggest decisions the UK has faced since the end of the Second World War, yet we now have less control than ever before.  We have handed it back to the EU, and to our now leader-less, mandate-less political parties.  Without a general election fought upon leading us post-referendum, the people of the UK, and its regions, have no sovereignty whatsoever.  Before we leave for good, we should be given an opportunity to genuinely take back control.