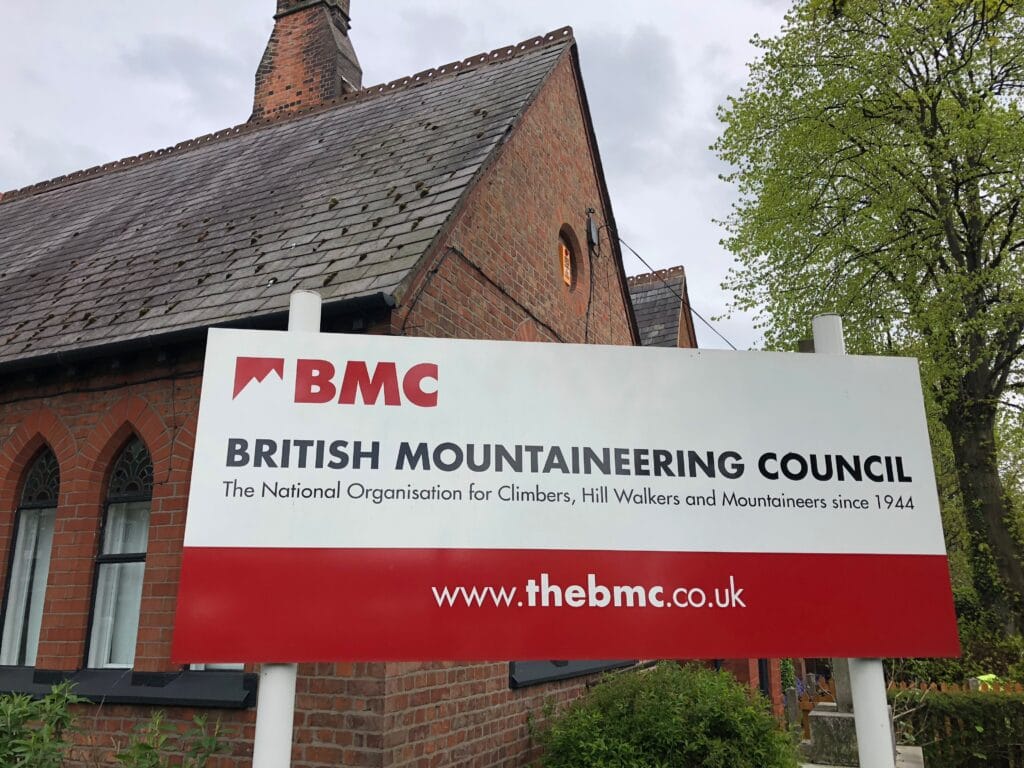 If you just want to jump to: how I think you should vote at the BMC AGM 2018…. click here

By now you should have received an email from ERS Votes, giving you a link to your electronic proxy vote in the BMC AGM 2018.  If you haven’t received this, or want to proxy vote by post, get in touch with [email protected]

What is going on and why?

Over the past 18 months or so the BMC has been under a huge level of scrutiny and review. The first phase of this is culminating in the AGM on June 16th, where all BMC members can vote on significant changes to the constitution of the organisation.

In April last year National Council commissioned an independent organisational review (ORG).  The ORG, of which I was a member, presented 51 recommendations to the National Council, first in a report in November, and then an amended set of recommendations following further consultation.  The aim of this exercise was to consult with members, and recommend changes to improve the BMC, keep it member led, and bring about good practice governance in line with the current legislation and codes of governance that exist.

You can read the ORG recommendations here: https://johnroberts.me/outdoors/climbing/2018/03/what-next-bmc-org-governance-sport-england/

It’s important to recognise that this isn’t about governing the sport i.e. the “rules” of climbing.  It is about improving the governance of the organisation i.e. how decisions are made, and who makes them.  As many BMC members will be aware, the organisation has had a difficult time making decisions in the last few years, Climb Britain being the most well known example.  Good organisational governance is required in order to make sure money is well spent, whether that is members’ subscriptions, or government grant money.

The BMC also needs to modernise its governance as it becomes a bigger organisation in order to improve member engagement, diversity in leadership, transparency, democracy, communications, and make it fit for modern world.

What about Sport England?

Sport England funding is not gifted to the BMC, nor any other organisation.  The BMC applies for funding in order to support and develop its strategy.  It is not gifted solely to “ensure growth in participation”.  There are different grants that can be applied for such as “core market” (for those already active in the sport), and “mass market” (for those not necessarily yet active).

Over the last few years Sport England have helped paid for roles such as the clubs’ and partnerships officer (Jane Thompson) and the youth development officer (James McHaffie).

The BMC currently applies, as a NGB, on behalf of the “whole sport”, which includes other organisations like Mountain Training and the ABCTT (NICAS and NIBAS).  If it doesn’t comply with tier 3, it can’t do this.

So it’s all about funding?

No, it’s not just about funding, it’s about whether the BMC wants to be the umbrella body and the organisation that collaborates with partners across climbing, hillwalking and mountaineering.  If it doesn’t, it’s likely, another organisation will.  What could happen is purely conjecture, but is it worth the risk to the BMC for them to lose that status?  I don’t think so, and most BMC members seem to think not too.

Where are we now?

For a number of reasons the BMC did not meet the deadline of meeting the code in April last year.  By December it was one of only three organisations of the 58 that did not meet the code.  Now, it remains the only one.

Some might think, what does it matter? We can go our own way?  It matters because it undermines the status of the BMC, how it appears, and the level of respect it has, to those very people it is supposed to represent its members to.  It also matters, because it means better decision making, and it enables continued access to funding for partners.

What happened after the ORG?

The National Council and its Implementation Group took over the ORG recommendations in March.  They decided how to phase the implementation, and whether some needed more discussion, or indeed whether some were rejected.  They also took on board the deadlines set by Sport England funding application timetables.

The recommendations to be implemented in phase 1 were translated into a new set of articles of association, and put out for review by National Council, and members.

There has been a lot of discussion, negotiation, and sometimes division, but National Council reached a position which the ORG felt was in the spirit of our recommendations.  They also complied with Sport England’s requirements, and gave the BMC the transition phase to implement the less time sensitive changes in phase 2.  The National Council, Exec, and ORG supported the “official” set of articles of association.

Of course, there’s been another set of articles presented by a small group of members.  More on that later.

There are over 40 recommendations that still need implementation, or further discussion, for example, reviewing and re-structuring National Council to make sure it is able to be representative of the membership.  Some of these changes might mean that there is a need for further amendments to the articles of association at the AGM in 2019, but many won’t.

The key thing is that voting on the phase 1 articles gives the BMC the mandate and constitution to get on with improving its governance, making better decisions and implementing the rest of the recommendations.

How can you help?

There is no doubt that this has been a somewhat naval gazing, disruptive, divisive and fatiguing process in the eyes of many members, but hopefully, with the right support at the AGM the BMC can move on to a new chapter.  The BMC can begin to focus on the things which are important to members, like access and conservation, be more representative, be more respected, be able to make good decisions on behalf of climbers, hillwalkers and mountaineers.

What is important right now, is that you take the time to vote, and show your support as a member to make the BMC yours. 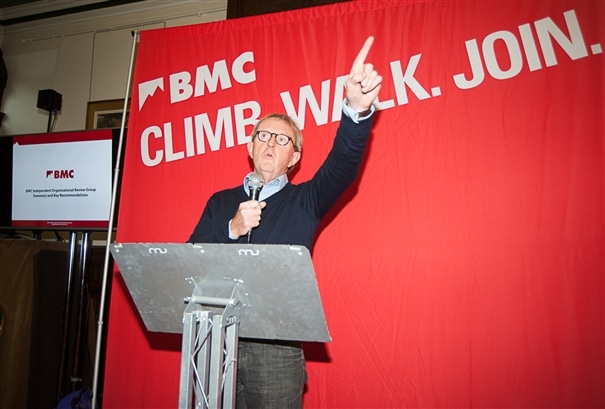 How to Vote at the BMC AGM

Of course, you can attend the AGM in Person, it’s at Castle Green Hotel in Kendal.  More information from the BMC here: https://www.thebmc.co.uk/bmc-agm-2018-essential-information

What’s different this year, and what actually is a proxy?

One of the key ORG recommendations was to implement electronic proxy voting.

This year is the first time members can vote online, using the Electoral Reform Service (ERS) system used by many organisations like the BMC.  This was one of the measures designed to increase member engagement in the democracy of the BMC.

Voting via ERS is a proxy vote.  As a proxy vote that means, you are nominating someone else to vote on your behalf, either based on how you instruct them to vote on the form, or at their discretion, if you tick discretionary.  The default is to nominate the chair, but you can nominate another member who you trust, and who will be attending the AGM.

To vote via ERS, use the link in the email sent to you via BMC on 18th May.  Make sure you vote by 1pm Thursday 14th June if you are not attending the AGM.

How (I think) you should vote

First things first, how you vote, is entirely your decision, and I encourage you to read the documents attached on each item at the top of the voting card.  If you disagree with me on how to vote, then that’s fine!

…then the following is a guide as to how you should vote at the next BMC AGM, and why.

I haven’t ticked every box.  The ones I have highlighted that I think are most important to the BMC’s future in line with the spirit of the work the ORG and the Implementation Group subsequently did.  Every item vote that takes place is important.  For those with no indication, read the relevant documents attached to each vote, and then either indicate your vote, leave it at the discretion of your nominated proxy by ticking discretionary.  The proxy can then vote on your behalf.

Or, if you wish not to vote on that item because you do not feel you are able to and don’t wish a proxy to, then abstain.  Abstentions are not counted in the vote for or against, they are a “vote withheld”.  Whilst they don’t count as an active vote, the number of abstentions will be reported in the results.

These are technicalities, but important technicalities.  The current articles allow for 45 clear days for nominations of President, Vice Presidents and Treasurer.  Clear days in case law means not including the day of the AGM itself.

The BMC advertised the wrong deadline for nominations of officers based on clear days, so item 2 is a clarification to make sure that any nominations (including mine!) submitted before the deadline advertised are classed as valid.

The BMC also extended the deadline for special resolutions to allow for the ongoing discussions around the articles of association to take place, for example, the tweaks made after the open forum.

This is the resolution resulting from the petition that I launched here, that garnered 866 signatories (so far).  In the unlikely event that neither special resolutions (below) pass, this gives the BMC strategic direction.

Special Resolution (the articles of association)

Item 9 is the critical articles of association vote.  This requires 75% in favour in order to pass, so every vote is important.

Option A is the “official” set of articles produced by the implementation group, supported by the ORG, the majority of the National Council, and the current Executive Committee.  It is the set of articles that is verified to meet tier 3 of Sport England’s code of governance, and is in the spirit of the ORG recommendations.

Option B is a set of articles produced by a small number of members.  Some of the signatories to this have now withdrawn their support.  The signatories to this is believed to be under 25 (the number required to be put forward to the AGM) but due to the constitution of the BMC it needed to be included in the vote at the AGM as it had the required number of signatories when submitted.  It is designed to meet tier 1 of Sport England’s code of Governance.  It is unclear whether this set of articles complies with this tier.

Due to the possibilities of legal challenge, and as a result of an initial oversight from the BMC, “neither A nor B” option has now been added.  To clarify, abstain means your vote wont be counted in the number of votes . Abstain is a “vote withheld”.

It’s quite simple: Vote option A.

Not since the contested presidential election between Doug Scott and Rab Carrington has there been a competitive Presidential election.  I have the greatest of respect for Les Ainsworth and the enormous volunteer efforts he has put in to the BMC, guidebook work, and to developing routes in Lancashire.  However, I believe Lynn Robinson is the better candidate for the BMC President during this difficult time of change for the BMC.

Lynn is an existing Vice President, and has an enormous energy to engage volunteers and support the BMC in changing for the better.

If you want to read more about the candidates, head over to UKC to read their interviews.

Why I’m running for Vice President…

And finally, I have also been nominated for the role of Vice President.  Having spent the last year volunteering on the ORG I have a real understanding of the complex issues and challenges the BMC faces, and the need to build bridges, and work effectively for all its members.

I hope at the end of this you can also vote: